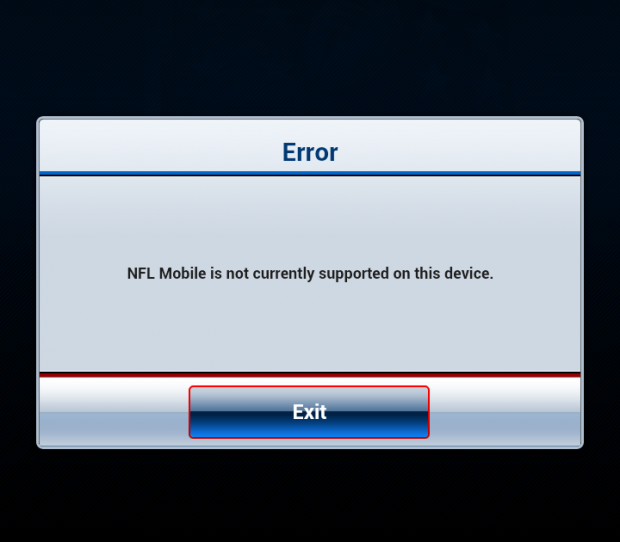 The href=”http://www.verizonwireless.com/” rel=”homepage” target=”_blank” title=”Verizon Wireless”>Verizon Wireless href=”http://www.nfl.com/” rel=”homepage” target=”_blank” title=”National Football League”>NFL Mobile app, the popular app among football fanatics on Verizon Wireless has been updated to support Android 4.0 Ice Cream Sandwich. Unfortunately, the application still doesn’t work on the Verizon Galaxy Nexus, which, as you probably know, runs on Android 4.0 Ice Cream Sandwich. Hopefully they will get things fully working before Saturday when the NFL Playoffs begin.
Also, let’s not forget that the big game will be streamed live on NFL Mobile on February 5.
If you have a Verizon Galaxy Nexus, it wouldn’t be a bad idea to download the NFL Mobile app now, even though it still doesn’t work. We’re sure that Verizon is going to push out another update that will make sure that all works well on your new Galaxy Nexus.
To download NFL Mobile, head over to the Android Market or scan the QR code below. (How to use QR codes)
Android market link