All most all modern Android apps seek location access permission for better output. In fact, for certain apps, the location is must for the functioning, and otherwise, they won’t even pass the main activity screen. As its result, we can do nothing other than to grant location permission for such apps if we need to use it. But, utilizing the open-source nature of Android, it’s possible to at least spoof the device to believe that we’re in the different location. Let’s see the list of best fake GPS Apps. 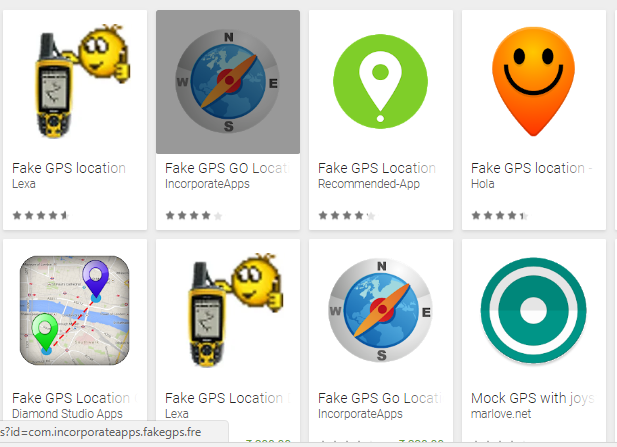 As said, Android has been featuring a native location mocking feature since a long ago, but on Developer Options known as “Allow Mock Location.” Despite, there are third-party apps readily available on Google Play Store which are capable of spoofing the location to a random location provided by the user. Some are so good at faking the GPS location such that every other installed app in your phone belives you are there(fake location). Here, we’re going to list out some of the best GPS apps for spoofing available on Google Play Store. Check this out! One of the highest rated location spoofing app on Google Play Store. Works on phones w/ or w/o root access. However, for the latter section of devices allow Mock Location option should be enabled from the Developer Options. It is one of the best apps on our list of fake GPS apps.

In case if you’re facing an issue with the device getting locked to the previously mocked location even after uninstalling the app. Try doing one of the following workarounds, or you may also combine both steps.

Note: It’s not a bug, and your GPS sensor isn’t broken.

Another excellent and straightforward fake GPS app. Functions as we’d expect if the location positioning/mobile locations under Android Location Settings is chosen either as “GPS ONLY” or “Device only.” On some devices, the high accuracy location is reported to overcome the magic of app, so better keep it disabled and choose the GPS/Device only mode of location access.

The app is free and features all these goodies.

Light-weight and straightforward app all under 1MB in size. So, a good to go app for especially the Android GO devices. It does the same job as the earlier listed fake GPS apps. It is a lite version containing ads and of course, limited in functionalities. There is a Pro version of the app with added features under ad-free experience. But, you need to spend some buck if you intend to download it from the Google Play Store.

The Pro version of Location Spoofer costs around $1.5 on Google Play Store. Apart from all features available on the lite version, it provides the following features.

Advantages Of Fake GPS Apps at a Glance

Majority of the users never mind providing their current location info, but on the other hand, there are privacy conscious folks too who’d never like to reveal their location for one or another reason at any cost. While others tend to play a prank on friends by faking their location.

Hence, we hope our guide will be useful in one or another aspect of such people and those looking for the best fake GPS apps.